1 reply to this topic

VAN NUYS, Calif. (October 6, 2010)  Canadiens left wing Mike Cammalleri, one of the leaders of the 2010 Stanley Cup Playoffs, will continue to endorse Easton gear as part of a multi-year contract extension.

Known for his speed and passionate playing style, Cammalleri led the NHL in goals scored during the 2010 Stanley Cup Playoffs, scoring 13 goals in 19 games while leading the Canadiens on an improbable run to the Eastern Conference Finals.

There is no other player in the NHL like Mike Cammalleri. He truly has heart, and combined with his shot and skill set, that sets him apart from anyone else in the game, said Chris Zimmerman, President of Easton Sports. He shows that he can carry a team on his back, like he did in the 2010 playoffs, and will continue to grow in his leadership role.

As an Easton Hockey endorsee, Cammalleri will continue to wear and market Easton Hockey gear, as well as participate in the Control Freak campaign for the release of the Synergy EQ50 stick. The eight-year veteran and Ontario native will also be involved in the development of future Easton designs.

I need gear that can stand up to the high demands of my playing style and still be at the cutting edge of technology and the only gear that can is Easton, Cammalleri said. I couldnt see myself using anything else. 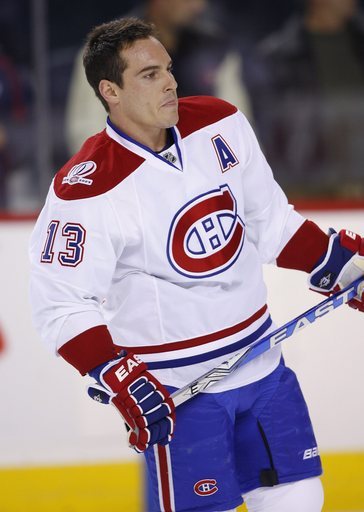 Back to Équipements de Hockey